New life for the Lido

14 Dec 2015
It was a difficult brief to master: bringing the Lido review up to date without compromising its identity. But designer and stage director Franco Dragone, who has worked with the Cirque du Soleil and produced shows for Céline Dion, has pulled it off – and how! Paris Merveilles is amazing.

Nathalie Bellon-Szabo, president of the Lido de Paris, travelled the world for three years with just one goal in mind: to create an enchanting show that makes people dream. “About 700 people turned up for the auditions,” explains Hervé Duperret, the Lido’s CEO for the last six years. “And we finally selected forty.” The thirty-two dancers from twelve countries are divided into three categories: Les Bluebells, Les Belles and Les Sublimes – the highest grade, equivalent to a principal dancer at l’Opéra. They are joined by another fourteen dancers on stage. The show attracts a sophisticated clientele, often couples, sometimes groups, including a lot of French people and – a recent development – even Parisians. The menu is delicious and the service impeccable. During dinner, guests are invited to dance to the sound of a magical orchestra – forty instruments playing live without musicians! “It’s a huge technical feat. A world first,” explains Hervé Duperret. “Three years ago, we decided to produce a new show. So we met up with Franco Dragone, and we instantly knew we could work together. The challenge was to breathe new life into this legendary cabaret’s 27th review, while keeping its identity firmly intact. For Franco, it represented quite a challenge: he’d never directed a review before, but we really liked his vision. The show is the result of two and half years of hard work.”

A visionary perhaps best known for his Las Vegas shows, Dragone is one of the few directors to mix artistic virtuosity with feats of technical brilliance. Among the examples in this breath-taking production are a massive six-meter wide chandelier emerging from the depths, and frost fountains awakening under the fire of Spring, transformed into 80,000 liters of water at every show through jets on which the dancers perform. And don’t forget the dreamlike Swan Lake on the grand canal of the château de Versailles – a real ice-skating rink – or the mirror of water that turns into an avalanche of sabers, all crafted by top theater designer Jean Rabasse, who wanted “the audience to be just as amazed by the projections and video images that magnify the space”.

For the 600 costumes and 200 hair pieces designed by Nicolas Vaudelet, a long-time collaborator of Christian Lacroix and Jean Paul Gaultier, two million sequins were used for the show as a whole and no fewer than 15,000 American pheasant feathers for each act. For the Cancan, for example, the Lido imported 100 kilos of ostrich feathers from South America and painted them in pink to line the black velvet dresses of the dancers and the tail coats of the male performers.

According to Jane Sansby, who started working at the Lido as a Bluebell 22 years ago and who is now a Maîtresse de ballet: “The show is just as sensual and elegant as before, but it’s a lot more contemporary and poetic. The audience will find it very moving.” In fact, in these difficult times, you can’t fail to be touched and amazed, and exit the show on a little cloud, happy to have left everything behind, if only for a few hours. 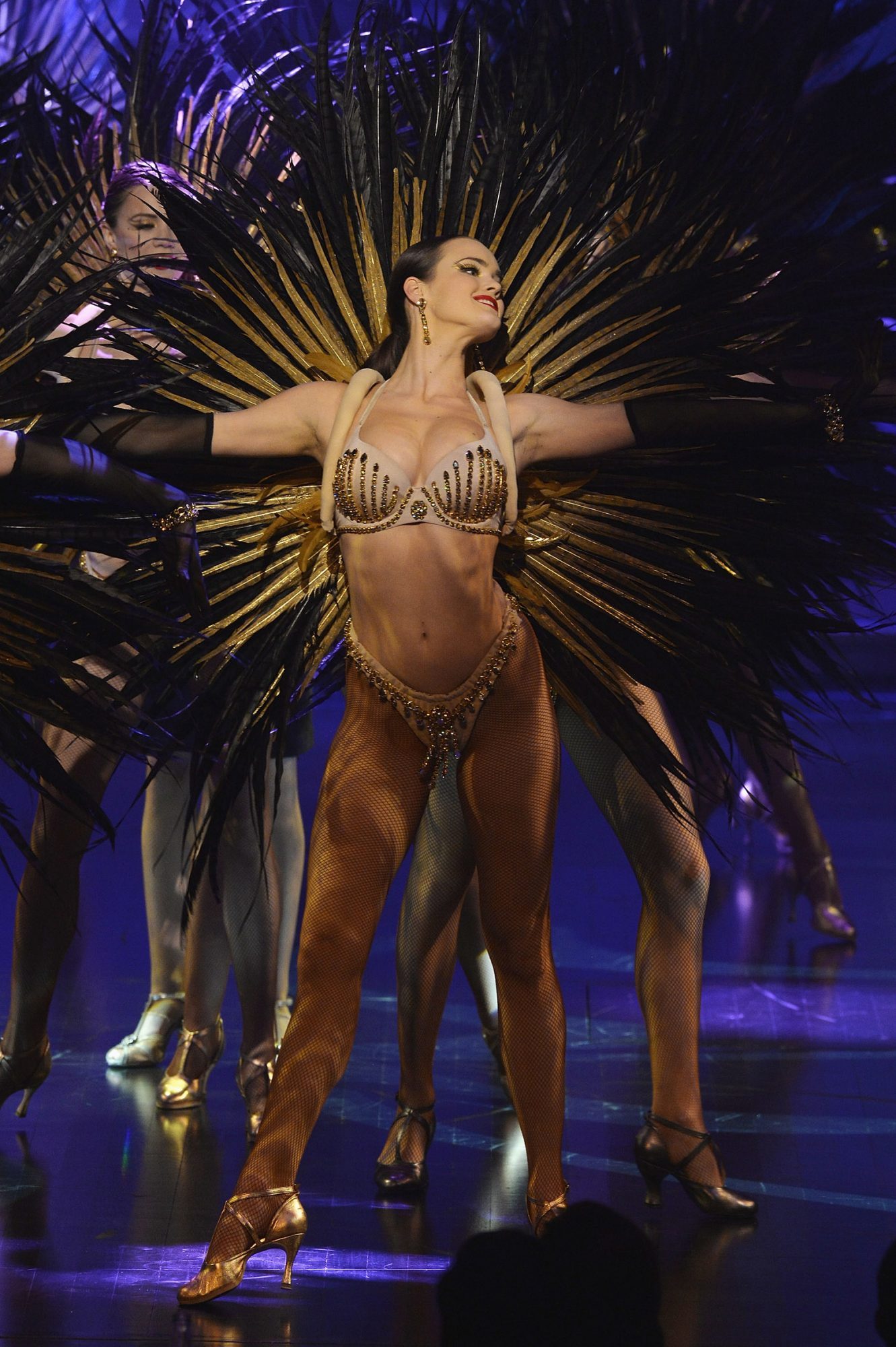