04 May 2016
For at least one thousand years, the area around Les Halles has seen countless buildings come and go. Among the most recent, Baltard’s iron wholesale market halls were there more than a century, three times more than the first Forum des Halles. How long will La Canopée last, this unique architectural design, which is expected to revive the immense shopping mall and bring a little beauty to this area of central Paris?
As this costly five-year redevelopment project draws to a close, the 21st-century shopping and leisure center is being unveiled to Parisians and tourists at long last.
P

A roof that’s making waves. Designed by architect Patrick Berger with Jacques Anziutti, La Canopée du Forum des Halles is inspired by the tree tops of a lush green forest. Sand-colored, it spans 96 meters and appears to rest on two wings that give onto the adjoining streets and gardens, some of which are still being landscaped. What does it look like? The 1980s Forum des Halles is no more. Above and below ground, the pavilions, gardens and the rather gloomy, unglamorous maze below have been totally transformed. Seen from afar, this gigantic canopy with its two vast entrances has a certain something about it. The 15 roof-ridge vents made from giant glass tiles let the light and air flood in and keep the rain out (promise!) thanks to an ingenious system of gutters and its tilt. Under the wings, on the ground floor, 15 or so new brands now line the streets, some of which also give onto the inside of the canopy. They include heavy-weight names like Lego and Nike, and two brasseries with terraces, at each end, opposite the entrances to the gardens (Champeaux by Alain Ducasse and Za by Philippe Amzalak designed by Philippe Starck), above which the City of Paris runs several amenities. La Place is a hip-hop cultural center for anyone interested in rap, beatboxing, DJing, dance and graphic arts and offers performance and exhibition spaces, work studios, an incubator for specialist entrepreneurs and a bar. Another gem to emerge from the redevelopment is a media library for new digital and urban cultural practices that’s also accessible to people with hearing impairments. This huge space overlooking the Saint-Eustache church is set to draw the crowds. Lastly, the Forum will feature the capital’s fourth MPAA (a center for amateur artistic activities) and a conservatoire named after Mozart, who reputedly lived in this area when he stayed in the city. 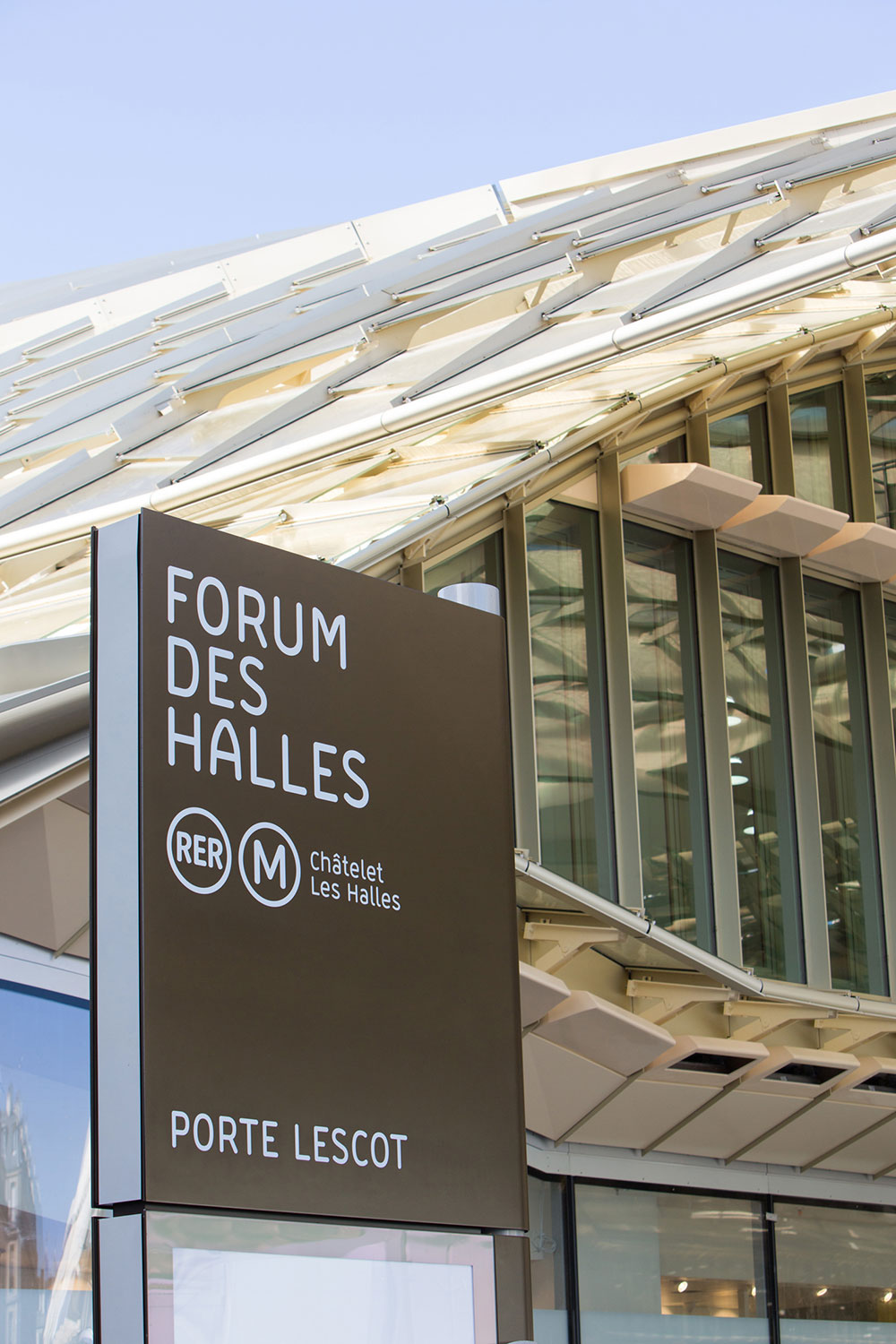 Under the canopy, the vast underground space – known to Parisians as “the hole” – gives onto the Forum’s patio (the old design has been completely transformed) where you can access the below-ground shopping mall. On the mezzanine level, a concourse will provide a stage for events, including Fnac Live concerts, to enjoy sitting on the vast staircase. The redevelopment reaches deep down into the mall. Since the works have never really stopped, Parisians have been able to follow developments as they happen. The old Forum could be pretty stressful, so you really appreciate the difference now. The floors and walls are much lighter than before, and the lighting, including lots of daylight, has been improved, while the corridors feel more spacious, thanks partly to openings made where ceilings haven’t been raised. The link to the second part of the Forum, via the Place Carrée, feels less of shock as a result. Next to the swimming pool, the Centr’Halles Park, a municipal sports center for parkour – a sport where you need to get from one point to another as fast as possible in an urban environment, which was made popular by the film Yamakasi – was opened last winter. Lastly, 550 surveillance cameras have been installed to help the Forum’s security team and police keep everyone safe. Everything has been designed to ensure customers feel at ease and to dispel memories of its slightly edgy past. €1 billion redevelopment The shopping mall is expecting a spike in visitors in the future, thanks to the renovation, additional entrances, the arrival of new brands, and the designation of the area as an international tourist zone. Stores will now be open on Sunday (three quarters from 10 April, according to the Forum’s management team). The Forum could well become the capital’s premier city-center shopping destination. Châtelet-Les Halles station, Europe’s biggest underground train station (served by three regional train lines, five metro lines and 750,000 passengers a day) has also been renovated, expanded and made easier to access in order to improve traffic flow. Budget: €164 million. Altogether, La Canopée, the redesigned shopping mall redevelopment, gardens, walkways and station cost €1 billion. The Canopy alone cost more than €200 million to build. Construction work to continue after the opening Construction work will continue until summer 2017, with the roads penciled in for completion by 2018. A section of garden between La Canopée and the Bourse du Commerce has already been completed, as well as the Nelson Mandela garden and the secure play area for kids. The view will be opened up onto the Bourse du Commerce and the Médicis column (the remains of a 16th century mansion house), and Saint-Eustache church, the neighborhood’s biggest stars, now reunited by La Canopée. Perfect for walkers. Above the construction huts, which haven’t been dismantled yet, you can see the top of La Canopée and, beyond, the Pompidou Center. It’s a perspective that’s bound to be photographed millions of times. 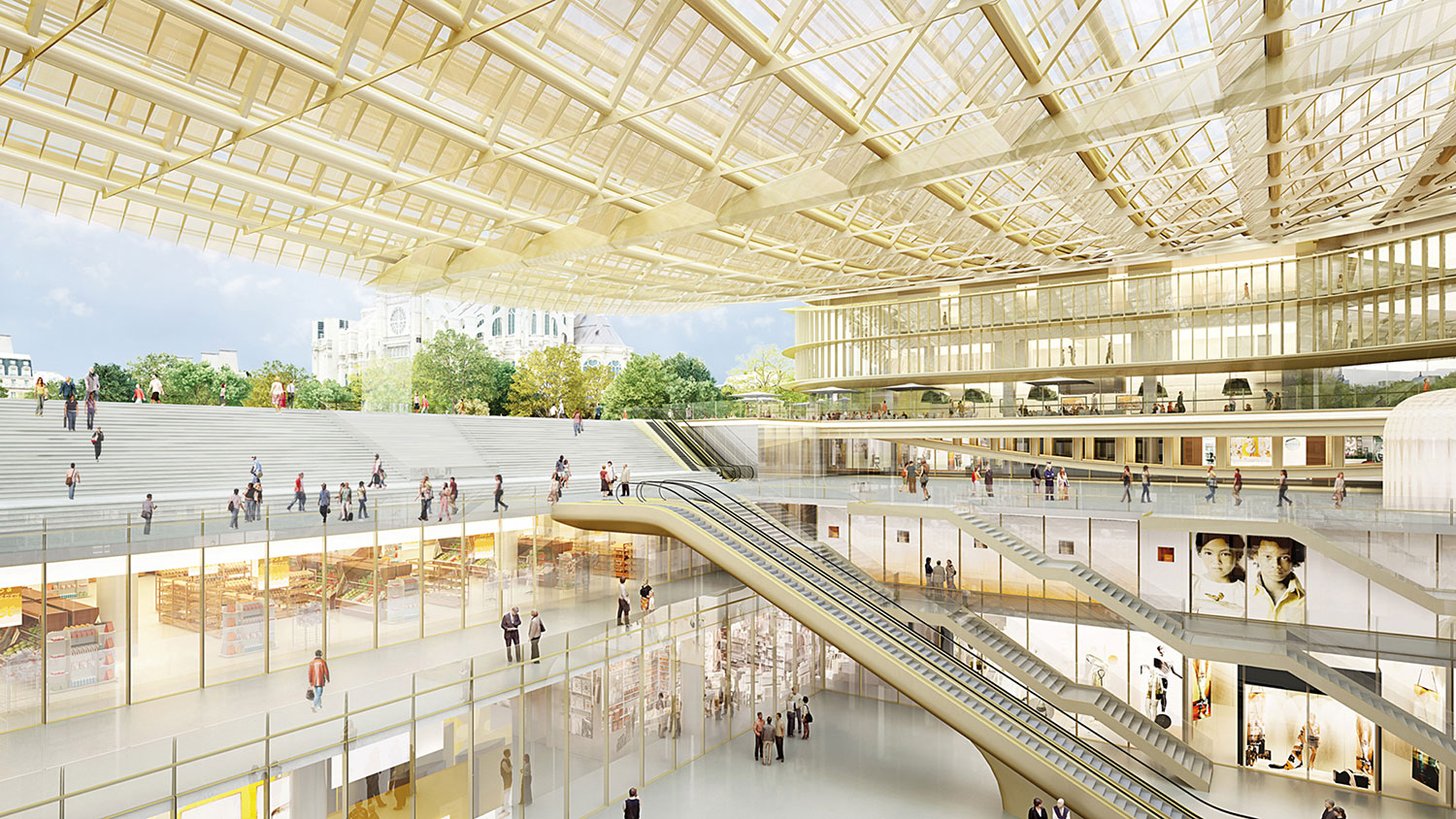 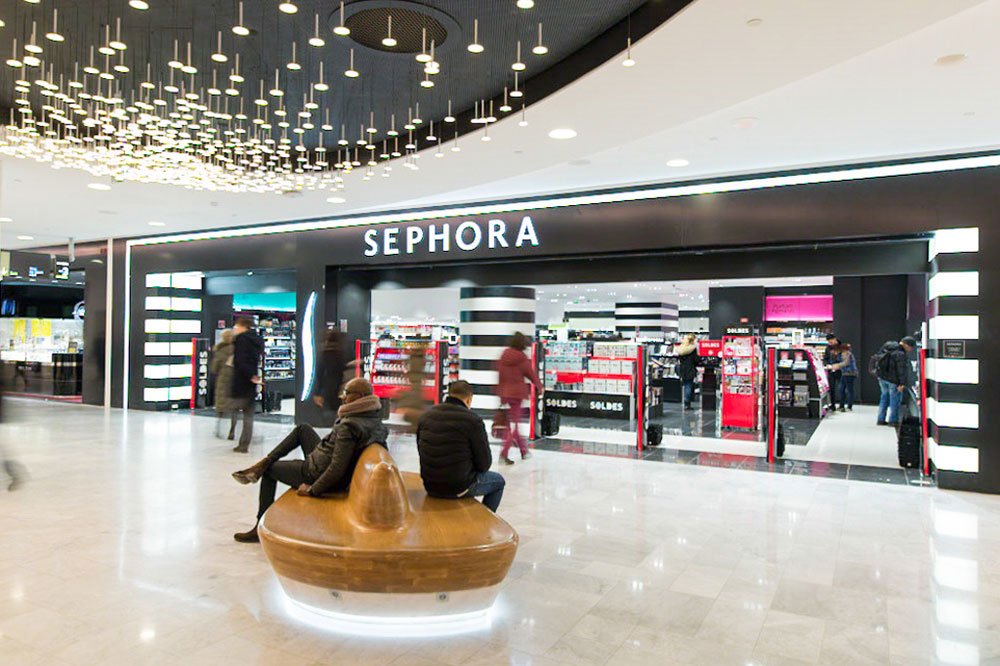 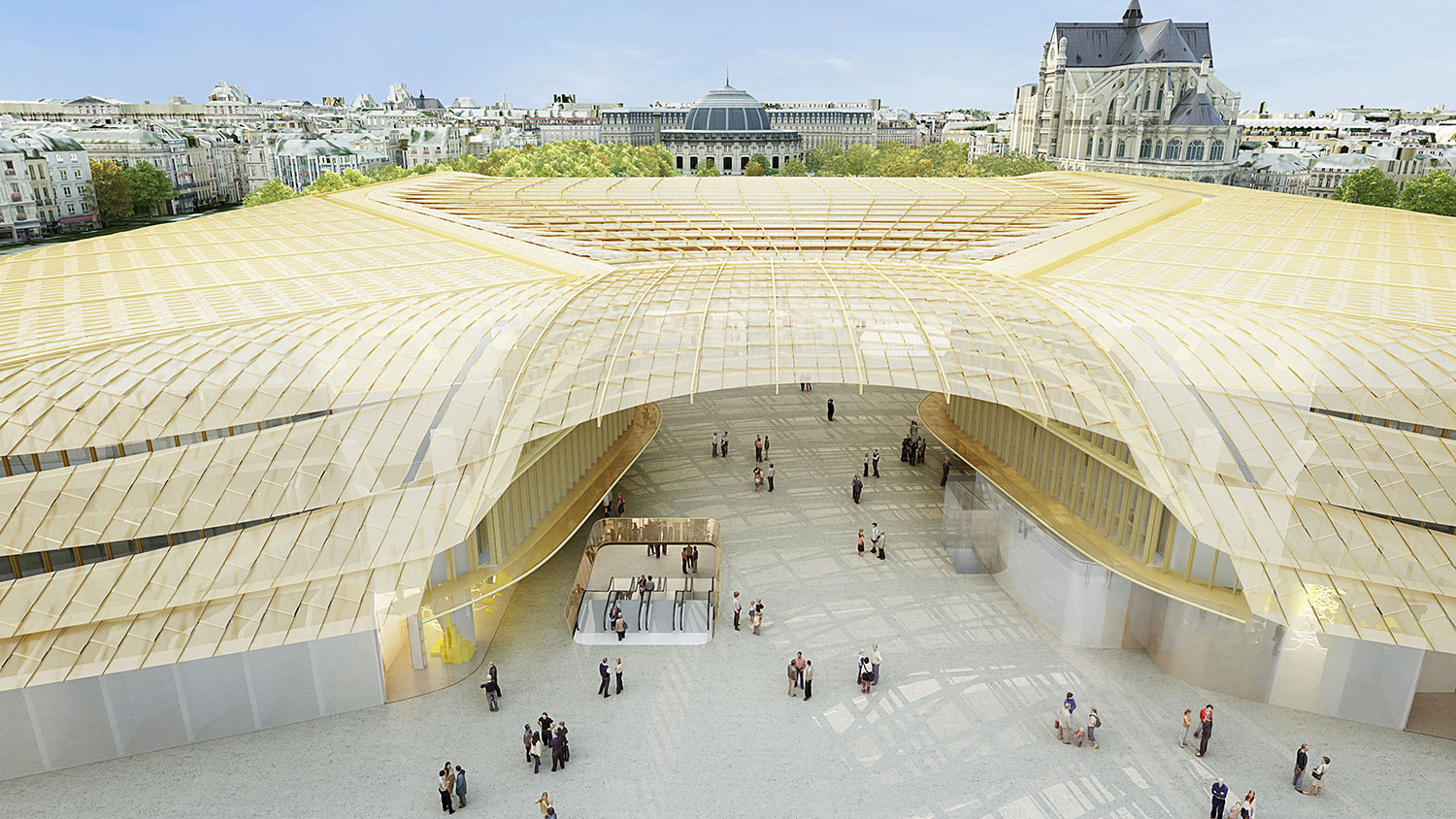 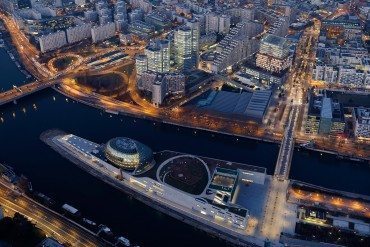 The first thing that comes to mind on seeing La Seine Musicale – a long,... 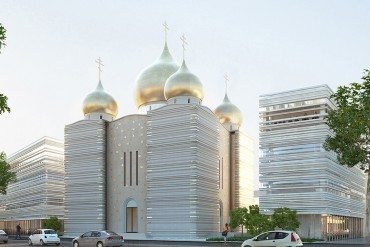 Apart from the Buddhist pagoda in the Bois de Vincennes and the Grande Mosquée,... 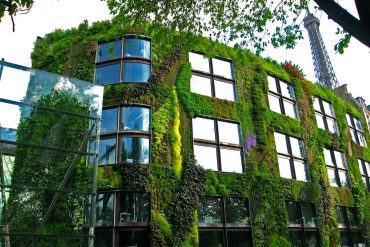