The sweet taste of success

26 Sep 2016
“Haute pâtisserie” has been the flavor of the month with Parisians ever since Pierre Hermé opened his confectionary store back in 2001. Now a new generation of talented young pastry chefs from the city’s most prestigious culinary establishments are turning their passion into success.

The names of France’s prodigy pastry chefs – Pierre Hermé, Philippe Conticini, Christophe Michalak and Christophe Adam – have been on everyone’s lips for more than ten years, earning them star status in the city. Pierre Hermé was the first to pull planet patisserie into the luxury orbit by pairing food and fashion. His regular “collections” transformed the macaroon into a precious jewel, although he’s probably better known for his bestselling Ispahan macaroon biscuit with rose petal, raspberry and litchi cream.

The next star in our galaxy of fame is Philippe Conticini, who brought classics like lemon tart and the Paris-Brest bang up-to-date, reworking recipes and showcasing his creations under elegant glass domes. Following in the footsteps of these masters, a new wave of chefs – a few years their junior – arrived on the scene with no intention of doing things the old-fashioned way. They brought pastries back into the mainstream, with a little help from TV. In fact, just one or two programs starring Christophe Michalak, Christophe Adam and Cyril Lignac were enough to make confectionary trendy and sexy again, cementing the reputations of these chefs at the spin of a whisk.

As head pastry chef at the Plaza Athénée, Christophe Michalak opened a string of stores and invented his celebrated Kosmik verrines and his Klassiks, which give a new twist to signature French cakes. At a single stroke, he became an icon of fun, edgy confectionary. More recently he launched the elegant Choux d’Enfer street kiosk in tandem with Alain Ducasse, selling sweet and savory choux pastry filled at the last moment for extra freshness. His media twin, Christophe Adam, known for his pop colors and sense of fun, made his mark with the Éclair de Génie and his eponymous cakes, which are now available in a hundred flavors and flashy colors. Head of five patisseries, he embarked on a new adventure by creating his first café in the trendy Abbesses neighborhood before opening a branch in the Gare du Nord this fall. A cozy, relaxed space, it’s the perfect place to sit and enjoy a coffee while savoring one of his delicious creations.

As for Cyril Lignac, after a string of TV and restaurant successes, he finally opened a confectionary store in Paris in 2011, rapidly followed by several new outlets. Other starred chefs have since declared their love of the sugary arts. Manuel Martinez, “Meilleur ouvrier de France” and two-star chef at Le Relais Louis XIII, opened the Maison du Chou in Paris. The same year, Jean-François Piège created Gâteaux Thoumieux, his patisserie on rue Saint-Dominique where he showcases his sweet creations, followed by two-star chef Akrame Benallal, who launched Mad’leine in 2015, inspired by his childhood memories of snack-time goodies! He indulges his customers in bold flavors with a stylish edge in packaging designed by a duo of street artists. Thanks to these chefs, the grand old lady of French cuisine got a new spring in her step! 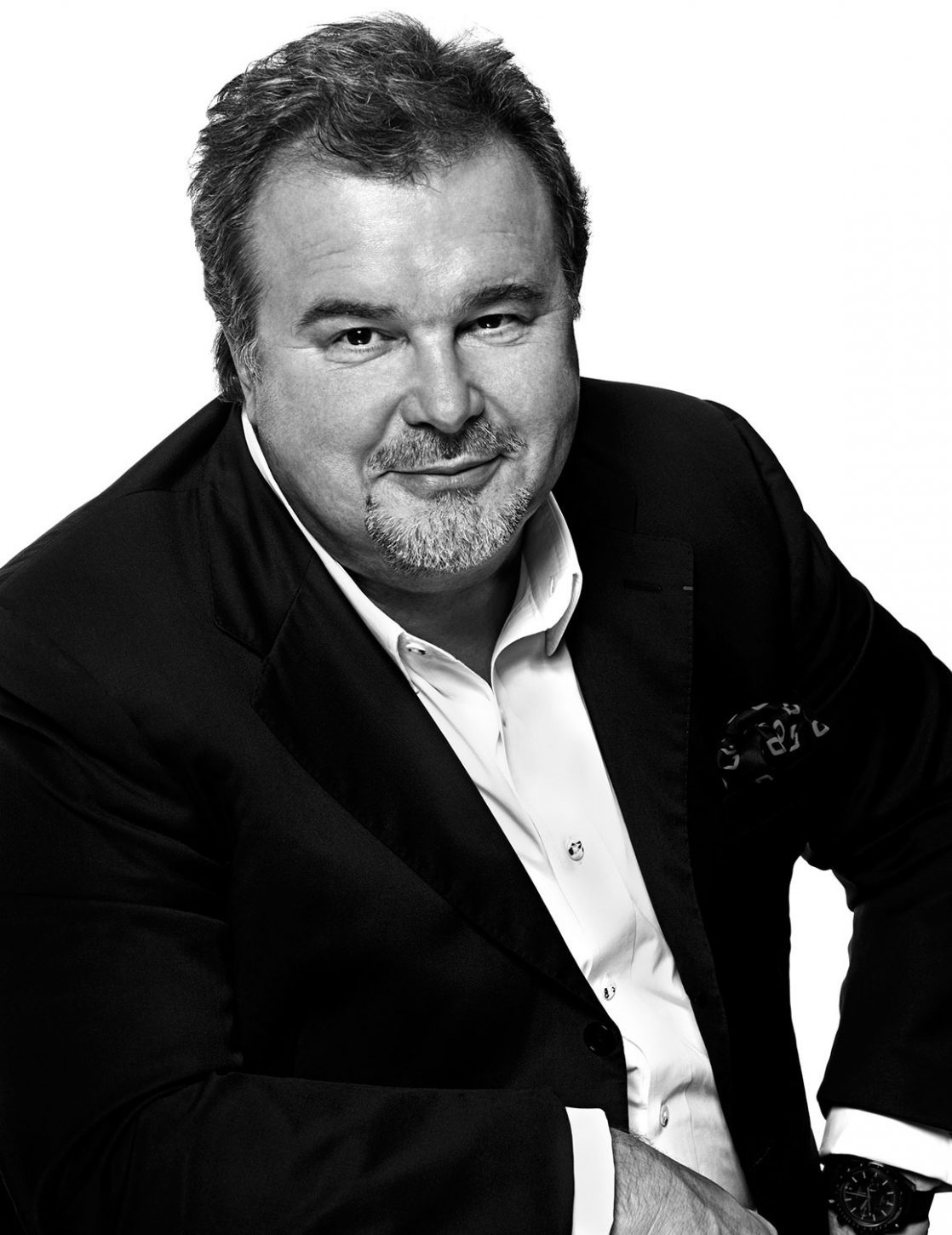 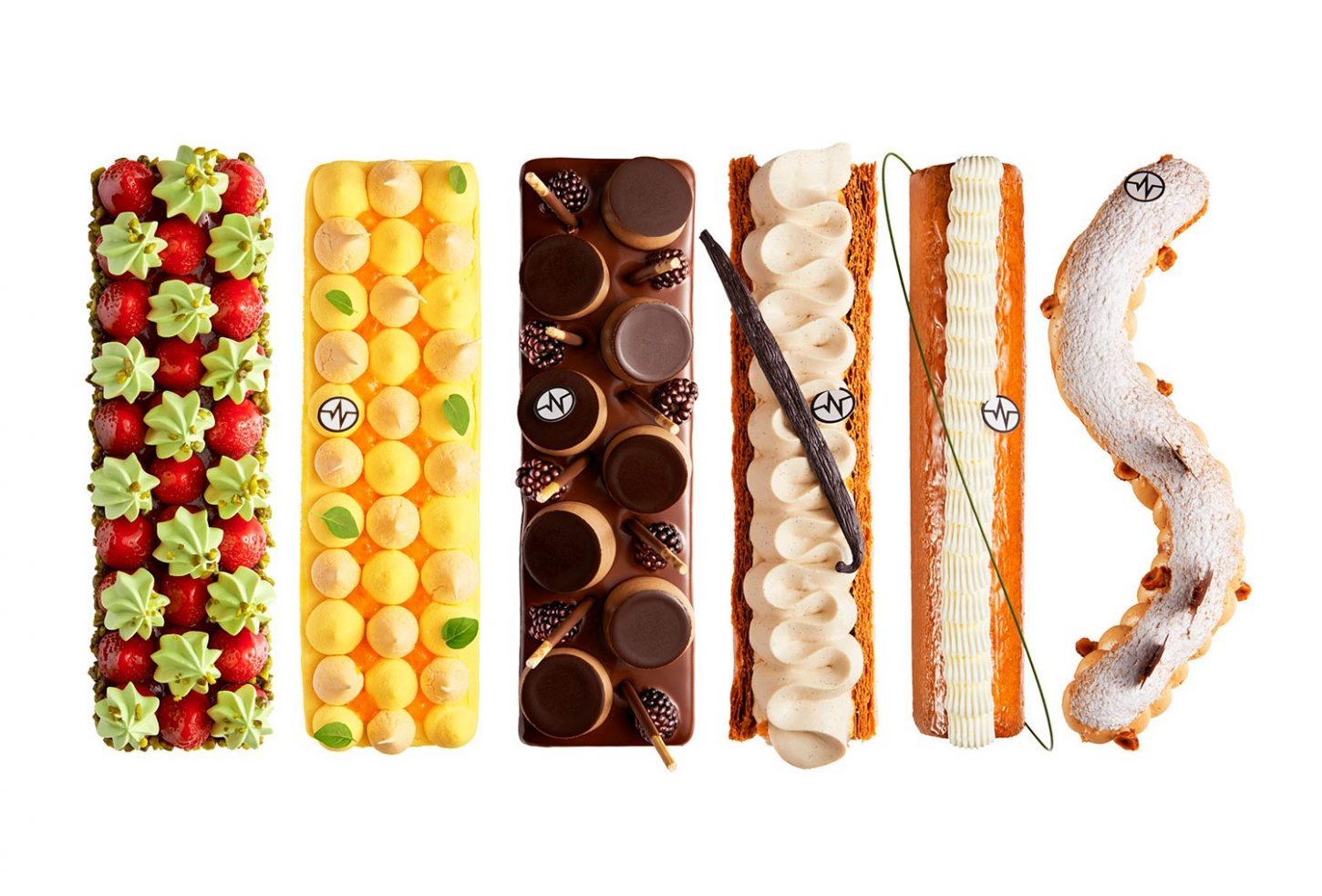 The names of several new pastry chefs have been making the rounds of the city’s streets for some time now. Most of these free spirits have honed their arts in palace hotels before taking the leap and setting up their own small businesses. A few months ago Yann Couvreur left the Prince de Galles to open a patisserie in the 10th arrondissement. The thirtysomething had long dreamed of opening a coffee and confectionary store in a lively spot where it would fit into the neighborhood’s warp and weft. His dream has now come true in the store he’s created from scratch just next to Goncourt subway station. His customers love his divine sweet breads, buns and pastries, especially his celebrated Fugues, made to order for immediate delectation. Yann Couvreur’s store on avenue Parmentier is also a popular place for coffee, a chat or to work, seated at one of the pale wooden counters looking out onto the gorgeous melting pot in the streets.

More to the west, on the Butte Montmartre, the award for originality goes to Gilles Marchal. His Compagnie Générale de Biscuiterie has brought the biscuits of yesteryear back into vogue. Far from the homey surroundings of the patisserie he opened in 2014 in the same neighborhood, this latest outlet is inspired by a “workshop” concept that puts the skills of artisans center stage. Here, the lead role is played by puff pastry. A combination of the simplicity of fine produce and the complexity of a specialized craft, it’s a technique that demands a high level of skill.

Not far from there, another craftsman has just launched his campaign to seduce the taste buds of Parisians. Yann Menguy cut his teeth at Hédiard and Ladurée before being head hunted by Christophe Michalak. He recently opened a cross between a high-end patisserie and a New York coffee shop, La Goutte d’Or Pâtisserie, in the 18th arrondissement.

For these young entrepreneurs, who have honed to their skills to the highest levels in top hotels and luxury delis, this is just the start of a bright new future where the only limit is their imagination. Far from the comfort of palace hotels, their exceptional know-how reflects the hard-won perfection of men seasoned by the reality of the business world. 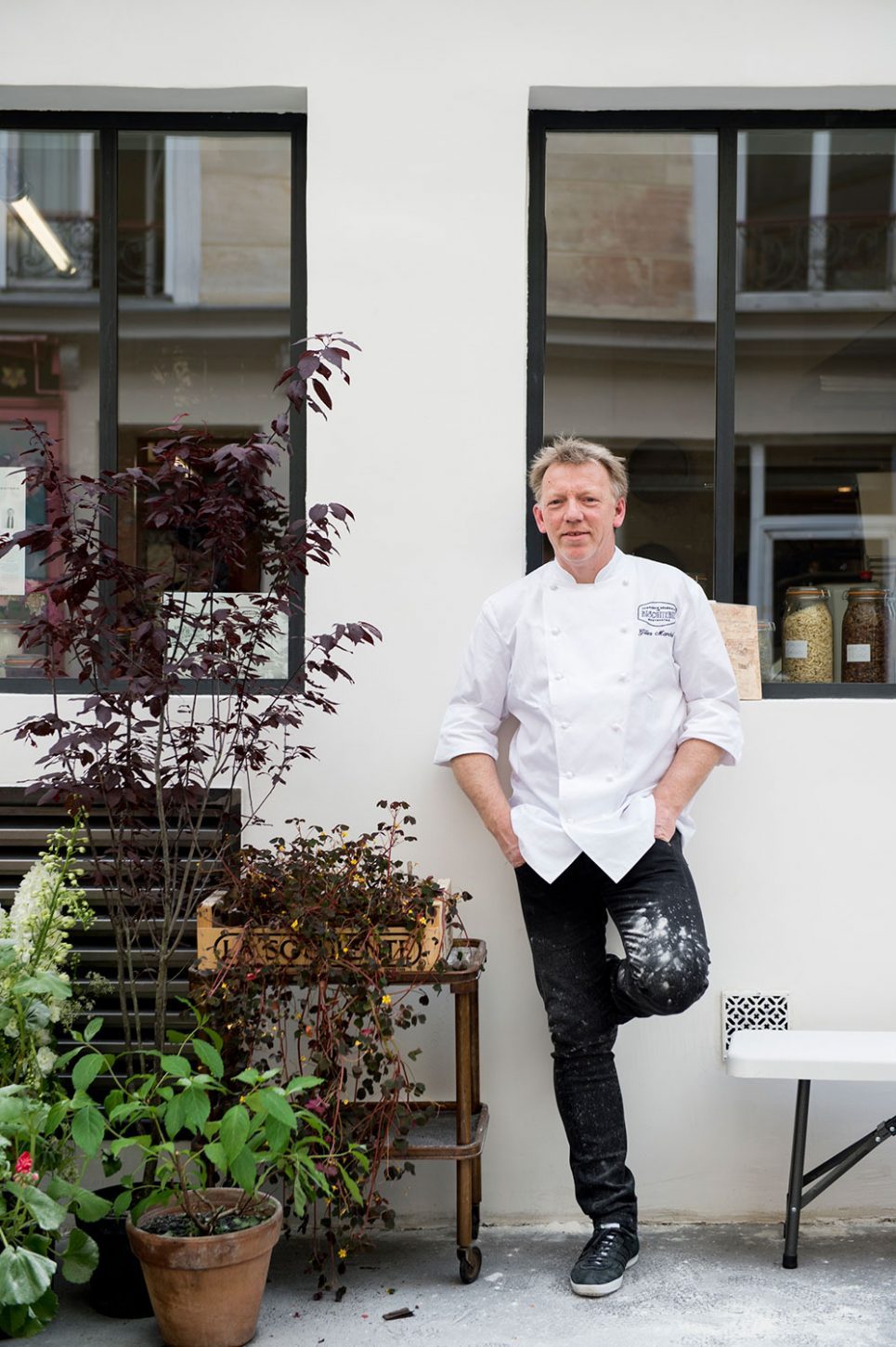 Meanwhile, in the city’s palace hotels...

Recognized by his fellow pastry chefs as among the best, and doubly honored with the titles “Champion du Monde de la Pâtisserie 2003” and “Meilleur Ouvrier de France 2007”, Angelo Musa took up his role as executive head pastry chef at the Plaza Athénée in April 2016, where he stepped into the shoes of Christophe Michalak. He’s known for his simple creations made from fine ingredients, making it easier to appreciate them. He thinks about his customers and his customers alone when he creates his pastries and the pleasure he can bring them.

At the Mandarin Oriental, David Landriot has succeeded Pierre Mathieu and made a few interesting changes. This former deputy chef to Pierre Mathieu creates sweets for the Sur Mesure par Thierry Marx and Camélia restaurants, as well as the Cake Shop and room service.

Jimmy Mornet replaced Fabien Berteau as head of Pâtisserie at the Park Hyatt Paris Vendôme in April 2016, after an exemplary career spent in prestigious culinary establishments. After Fauchon, the Hôtel de Crillon and a spell at Cyril Lignac, Nicolas Paciello initially joined the team at the Prince de Galles alongside Yann Couvreur before becoming head pastry chef at La Réserve Paris. He then returned to the Prince de Galles following the departure of Yann Couvreur. Known for its delicate and elegant desserts, the hotel holds a special place in his heart. After working alongside Guy Savoy and Alain Ducasse, then at the three-star Plaza Athénée, Michaël Bartocetti was named head pastry chef of the Shangri-La in June 2015, where he launched a fully vegan afternoon tea in partnership with chef Christophe Moret.

Over at the city’s latest palace hotel, The Peninsula, Antony Terrone has donned the hat previously worn by pastry chef Julien Alvarez, who has gone to pastures new at the Café Pouchkine. He cultivates his own understated, authentic and inventive vision of pastries. From timeless classics to daring creations, his pastries are enjoyed for their delicate flavors and subtle textures.

Finally, it’s impossible not to mention Cédric Grolet, head pastry chef at the Hôtel Meurice. This virtuoso, who hasn’t even hit his thirties yet, delights both the eyes and the palate with his visual, light-as-air desserts that earned him the title of “Best pastry chef of the year” from this fellow chefs in September 2015. 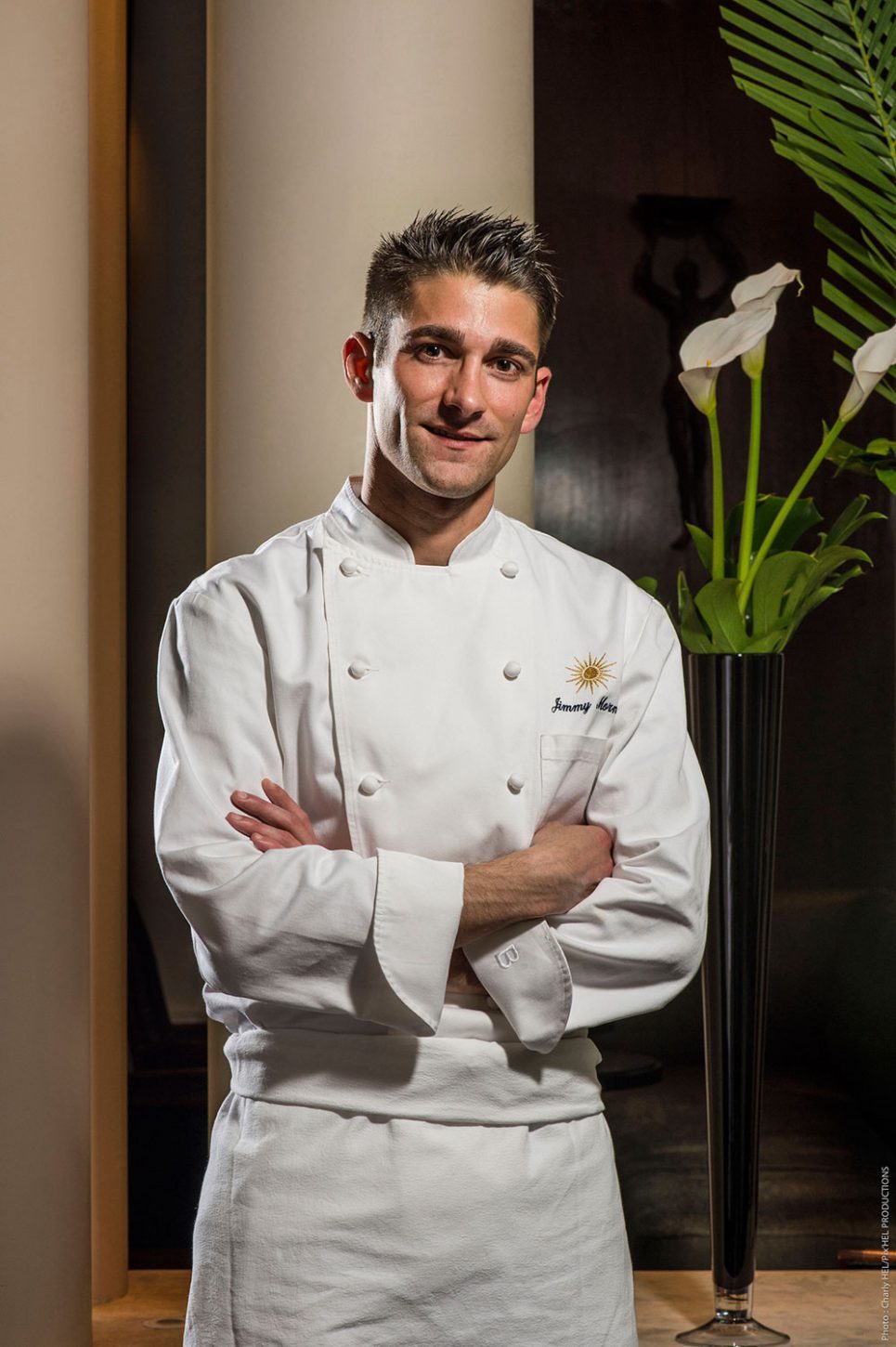 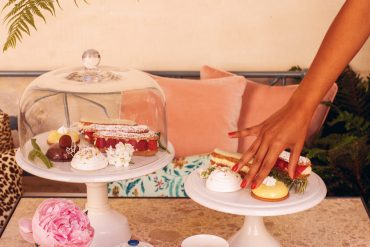 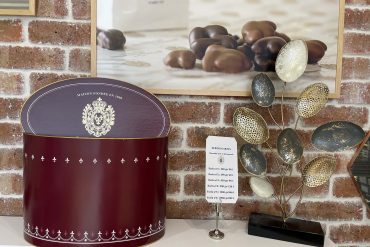