10 Oct 2017
Housed in an architectural gem in one of the city’s most sought-after neighborhoods, the Monnaie de Paris recently opened more of its rooms to the public. The revamped museum and inner courtyards make a great stop-over on a tour of the treasures of Saint-Germain-des-Prés.

The new Monnaie de Paris, renamed 11 Conti, took advantage of its recent redesign to reveal both its secrets and architectural heritage, some accessible to the public for the first time. According to Aurélien Rousseau, CEO of La Monnaie de Paris, the MétaLmorphose project has achieved its aim of giving tangible form to the “link between arts and crafts, culture and our industrial mission.”

After opening its contemporary art display rooms to showcase work by designers associated with the Monnaie in 2014, in their buildings on the banks of the Seine, along with a bookstore and Guy Savoy restaurant, next up was the organization of the workshops and museum. They decided to shake things up by showing some of the 150 workers and craftspeople in action at the city’s oldest industrial site, where they produce special edition coins, medals, decorations, jewelry and objets d’art. The legal tender used in France and other countries is minted in Pessac, near Bordeaux.

As you move through the galleries, large glass windows reveal the casting, patina-application, engraving and stamping workshops. The “actors” play themselves – this is no stage set! – and their invaluable skills are genuine. Each room explores a specific topic, offering an insight into the Monnaie’s past and present. Visitors learn lots of fascinating facts – about minerals, chemical principles, numismatics and artistic casting – and get to see the jaw-dropping coins made by the Monnaie de Paris, along with treasures (real ones!) found underwater, underground or behind a wall, just like in a novel. Equipped with interactive terminals, video screens, and sound and vision gismos, the displays make you feel like you’re actually in a workshop.

When you’re done, don’t forget to browse the new Monnaie de Paris store before heading out to one of the courtyards. This city within a city was renovated by the architect Philippe Prost. “We restored everything we could, sticking as closely as possible to the designs drawn up by the original architect, Jean-Denis Antoine. The museum, courtyards and other spaces feature contemporary elements, sympathetic to the neo-classical architecture, with metal used in places to mirror the industrial activity of the Monnaie de Paris.”

Because you don’t have to pay to enter the site from quai de Conti or rue Guénégaud, it makes a great stop-off on a city walk, especially if you squeeze in a visit to the new Le Frappé café and terrace by Bloom, another MétaLmorphose addition. 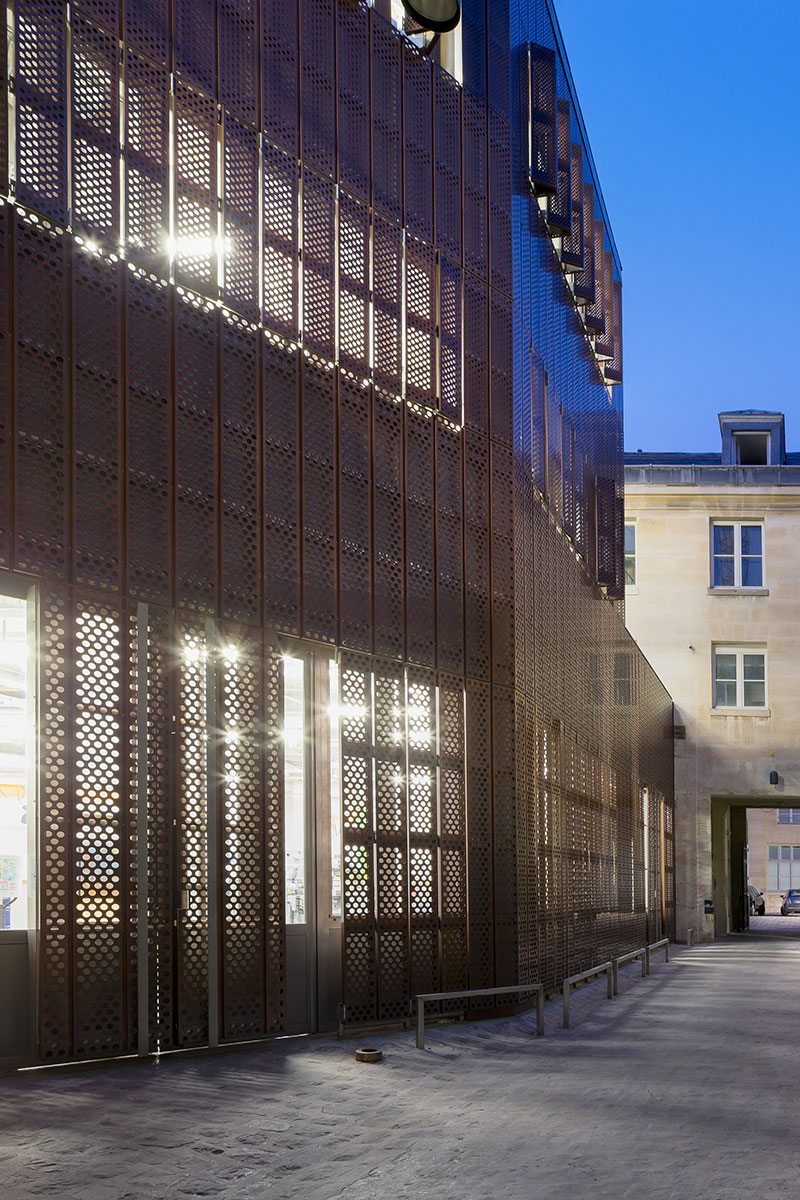