You either love or hate Enfants Riches Déprimés (Rich Depressed Children) or ERD. Founded in 2012 by a wealthy and depressed American, Henry Levy, a veteran of boarding schools, rehab and UCLA art courses, ERD didn’t take long to win the hearts of Hollywood trendsetters from Jared Leto to Kanye West and Beyonce with its punky underground vibe and undercurrent of elitism and nihilism. From sloganed t-shirts to printed cashmere and hand-painted leather perfectos, the sultry aura of Courtney Love, Lou Reed, Kate Moss (around the time of her Daily Mirror cover) and Sid Vicious infused with the arrogance and showy swagger of the rich oozes into every garment and gives the brand a cast-iron identity. Previously only available in trendy concept stores – Barney’s in New York, The Webster in Miami, Maxfield in Los Angeles – and almost unheard of in France, the brand has chosen Paris as the location for its first ever store. 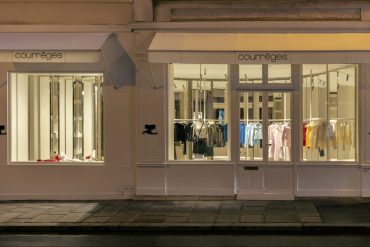 The Parisian label Courrèges, known for its vinyl pieces and futuristic...