10 Jul 2017
Thirty-three watchmaking brands covering a surface of 2,200 sq. m. on three floors; continuing success year after year… The Bucherer store has left its mark on the city. Keys to a triumph.

In a few short months, revolutionary Parisian chimes will sound the hour of an anniversary that has affected and even changed the watchmaking landscape of the capital. At the beginning of 2013, a Bucherer store opened on the boulevard des Capucines. It was the largest store devoted to luxury watches in the world and the first French flagship of the Swiss firm, celebrated for its reliability, the cordiality of its staff, its choice of a different kind of service and especially its vast range of star brands. We felt it was time to return and see if those basic values were still being upheld and if, at the end of a five-year period crucial to the retail geography of our city – increasing numbers of brand stores and the appearance of new competitors, but also the economic crisis, political and public safety concerns, etc. – Bucherer had managed to maintain its distinctive character and continue its progress off the beaten path, so sustaining its popularity and success.

Bucherer has indeed found its ideal tempo. Better yet, year after year, the 2,200 sq. m. store has consolidated its status and enhanced its image. Through what miracle, skeptics continue to ask? Well, by sticking to its initial strategy, but regularly rethinking its approach. For example, two years after the store’s opening, its interior spaces were re-equipped to host nine watchmaking brands that included Bell & Ross, Frédérique Constant, Glashütte, Hamilton and Parmigiani Fleurier, so attracting new watchmaking firms while playing the twin cards of steadfast values and opportunities for less familiar creators. Today, Bucherer’s extraordinary showcase presents such varied brands as Rolex, Carl F. Bucherer, A. Lange & Söhne, Audemars Piguet, Baume & Mercier, Blancpain, Breguet, B Swiss, Chopard, Girard-Perregaux, IWC, Jaeger-LeCoultre, Longines, Mido, Montblanc, H. Moser & Cie., Oris, Panerai, Piaget, Porsche Design Timepieces, Rado, Roger Dubuis, Tissot, Tudor, Vacheron Constantin, Vulcain and Zenith. While making no secret of its love of fine watches, Bucherer Paris has relied on its taste for distinctiveness in setting its course and anchoring its flagship. “We’ve made a lot of progress,” underlines Nathalie Célia Koch-Chevalier, general manager. “The local clientele have become loyal customers, emeritus collectors have come to us and we are now a Parisian attraction favored by foreign visitors because we have a strong identity and, as a welcoming store, we do not frighten people away. With a total of thirty-three brands and a very wide range in terms of models, prices and complications, ranging from the accessible to the extraordinary, we present a complete panorama of watches. Clients can purchase and dream; dream and then purchase.”

Unlike other stores, Bucherer’s is not primarily motivated by sales defined as a rapid, immediate objective. It is a cocoon, a club for connoisseurs that has grown over the years. The store has conducted many initiatives to demonstrate the added value of luxury watchmaking combined with unrivaled service. “We opened during Heritage Days to explain artisan skills and present watchmaking innovations throughout history. Our staff receive ongoing training to make sure they welcome visitors like members of our family. We have organized many events – private dinners, partnerships with great firms and special events, such as evenings with games (casino or watchmaking Trivial Pursuit), as well as conferences on automobiles and watches, heritage management with Oddo Banque Privée… Our aim is always to strengthen our individual relations with visitors. Such initiatives go beyond the normal scope of a retail store because of our determination to establish our difference and show that 12 boulevard des Capucines is a unique location.”

Asserting and consolidating one’s difference in concrete terms also involves partnerships agreed with certain watchmakers for the presentation of new models sold exclusively. After the Bucherer Blue Edition, a Tudor Heritage Black Bay Bronze Blue will be appearing in the store’s windows this summer. Ten or so brands have cooperated in producing specific creations with one common point: the color blue.

Understanding that Bucherer sells dreams – dreams that must be backed by outstanding responsiveness and extremely close customer relations, the flagship store has plotted its course. Because it has applied the firm’s philosophy – warmth, attentiveness and service – and because its focus on family values of availability and cordial reception has demonstrated its consistency and difference, the ‘graft’ has taken and Paris has fallen under its charm. Swiss humanity is much appreciated here and when it is backed by talent and modesty, initiatives and reliability, the clients makes no mistake. Bucherer identity has also forged its reputation on the boulevard des Capucines because it is a long-term phenomenon and because those who champion and develop it do not change. Lasting quality in an unpredictable world is an asset, a value. The secret of Bucherer’s success in Paris has a great deal to do with that fact: its artisans and managers have had time on their side and will continue to do so. 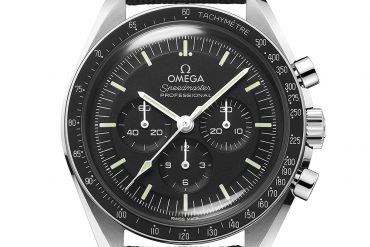