26 Aug 2021
Launched in 1957, the Omega Speedmaster Professional Moonwatch chronograph reached the moon in 1969 on the wrists of the Apollo 11 crew. Today, the latest version of a watch that moves with the times while staying true to itself features a new caliber.

The Speedmaster Professional chronograph was designed by Pierre Moinat, Omega’s creative director, and designer Claude Baillod. Worn in 1962 by Walter M. Schirra during the Mercury VIII space flight, the following year this robust 39 mm chronograph was given a new asymmetrical case, adding protection to the pushers and crown, and reached its current diameter of 42 mm. Initially featuring the hand-wound Lemania 321 caliber with column wheel, the case was fitted with the manual winding 861 caliber including a new, more reliable function selection system from 1969. The movement was very recently replaced by a hand-wound one, the certified Master Chronometer 3861. This chronometer, which drives the chronograph, is known in the profession as having the longest lifespan without esthetic modifications.

Omega’s Speedmaster Professional chronograph was selected in 1965 after a series of eleven test rounds during which it beat its competitors hands down. It was the only watch to withstand very high and low temperatures and remain unaffected by decompression to vacuum, humidity under high temperatures, and use in a pure oxygen atmosphere. Its caliber did not vary significantly during the tests, including those subjecting it to vibration in all three planes, and acoustic noise. This robust timepiece met the needs of astronauts and, since its build has never fundamentally changed, still rises to the expectations of its most demanding wearers 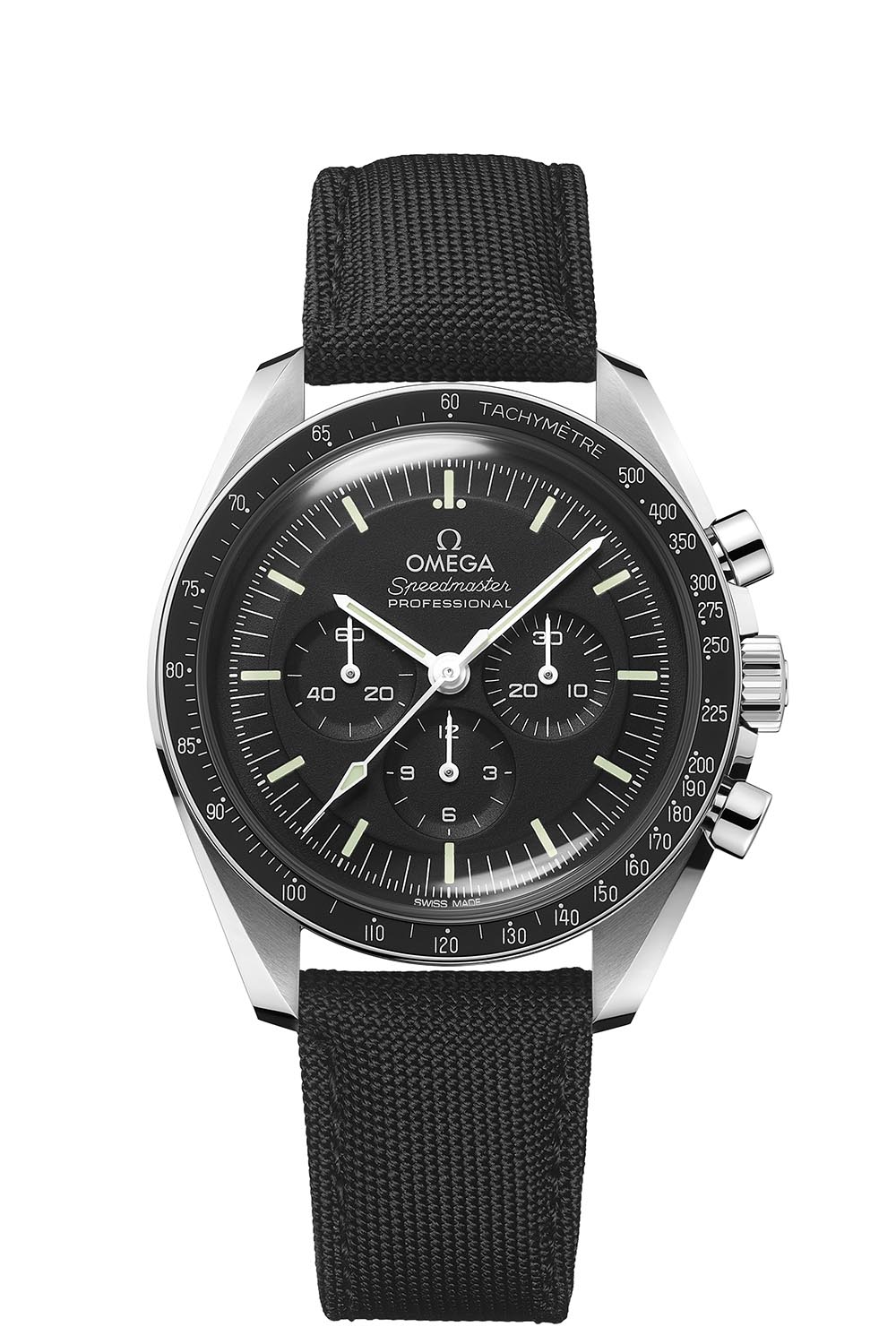