19 Nov 2015
Since the renovation of the Musée d’Orsay in 2011, many of the capital’s other museums have also enjoyed some tender loving care. After the Monnaie de Paris and the extended Musée Picasso, which opened during Fiac week last year, followed by the Musée de l’Homme last October, it was the turn of the Musée Rodin, one of the jewels in the city’s crown not far from the Invalides, to get a make-over.

And about time too. Dedicated to one of the world’s greatest sculptors, this museum hadn’t been touched since it opened in 1919 – almost a century ago! Although one of France’s most popular museums, with no fewer than 700,000 visitors a year, its old charm was beginning to look more disheveled than charming.

A chance to walk in the footsteps of Auguste Rodin, the museum is also a place to explore the lives and loves of the many owners and tenants of the Hôtel Peyrenc de Moras, better known as Hôtel Biron, in which it is housed. Built in 1737 by the king’s architect, Jean Aubert, in the purest 18th century rococo style, on what was then the outskirts of the capital, it became both a townhouse and a pleasure palace. In 1753, the future Maréchal de Biron bought it and re-landscaped the extraordinary three-hectare park, with its refined gardens in the English and French styles, to the delight of the Paris smart set. Parisians and tourists from around the world continued to stroll between its shrubs and rose bushes or linger on its now-legendary benches, especially after 1905, when the estate, abandoned by the Société du Sacré-Coeur de Jésus in anticipation of its sale, played host to such distinguished guests as writer Jean Cocteau, painter Henri Matisse, dancer Isadora Duncan, and sculptor Clara Westhoff, wife of the poet Rainer Maria Rilke. In 1908, when Rodin first set eyes on this unique and breathtakingly poetic estate, left in a deliciously benign state, he was completely smitten. He started by renting four rooms on the ground floor, then moved into the rest of the building in 1911, turning it into a studio and showroom where he received models and collectors. This Eden now attracts both the general public – mostly from abroad – and the contemporary jet set, and provides the backdrop for prestigious events and movies. Woody Allen shot Midnight in Paris here, for example, and Dior presented its haute couture autumn/winter collections on the estate last July.

This internationally renowned museum, one of France’s national cultural treasures, and a byword for luxury, is now directed by Catherine Chevillot. It has a collection of almost 7,000 sculptures, 8,000 drawings and 7,000 other artworks brought together over the last twenty years of the life of the “father of modern sculpture”. According to the museum’s director: “Sculpture, the exploration of its reality and poetry, its history and modernity, informed each stage of the renovation: we tried to keep the architecture as Rodin would have known it and lived it, and to maintain the relationship between garden and rooms; we wanted to use natural light, and to make sure the displays weren’t overwhelming, with a straightforward organisation by year and theme that continues into the soothing light of the garden.”

By satisfying the artist’s desire – his secret, lifelong dream to have his own museum, which he finally set in motion in 1916, when he gave his entire collection to the State, saving the Hôtel Biron from demolition – Chevillot has understood the museum’s true essence. Dying two years before the museum opened on August 4, 1919, Rodin never saw his dream fully realized. However, steeped in his memory and surrounded by his strong presence, visitors can still imagine him delicately stroking the paper on which he drew his erotic nudes in the oval salon overlooking the garden, his eye alighting on a model surrounded by his collection of furniture, objects and antiques. From Greek and Chinese vases to Japanese incense holders, Rodin’s spirit still fills the house. It was under this same peaceful light that he struggled with matter, assembled and dissembled his sculptures, pushed the boundaries of movement, and photographed and rearranged his work. Camille Claudel, his student and muse, who was passionately in love with him for almost 15 years, has also left her mark with a series of remarkable works.

The restoration, which has respected the house’s history, is truly magical. From the outside, it looks as if nothing has changed. The building and railings have retained their old charm. But inside visitors are treated to one of the most beautiful museum displays in existence. Coherent, understandable and refined, the layout is unbroken and fluid. Bathed in natural light, the rooms open onto one another, as before. The dazzling mirrors, paneling, window panes replaced with rolled plate glass, and new herringbone parquet flooring reproduced to match the original have all served to keep this private residence’s warm, intimate, historical and rare atmosphere intact. There are also several new rooms focusing on the artist’s furniture – including a reproduction of a reception area – and on his love of the ancient world, which inspired his partial sculptures, like the 123 works on display, which have been selected from the museum’s stores and are organized around the celebrated Walking Man. Visitors can also explore a wonderful display of plaster, terracotta and preparatory models or assemblages, presented alongside his works in marble to give an insight into his techniques, creative process and wider world. Lastly, the museum has also decided to display some 50 works by his painter friends, including Father Tanguy by Van Gogh, regarded by Rodin as “admirable demolisher of academic formulae”. Another gem, the graphic art gallery will play host to exhibitions of drawings, photographs and engravings, revealing the asthetic genius of the man who created the Gates of Hell on which he worked for 30 years.

The Hôtel Biron is a house, a man and a work. The birthplace of modern sculpture, with a garden featuring 30 monumental bronzes including the Burghers of Calais and The Thinker, it has always been prized by visitors and is set to be even more so in the future. Just as Rodin, so revolutionary in his time, remains just as revolutionary today. 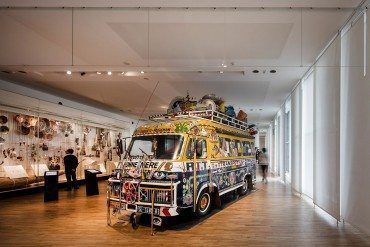 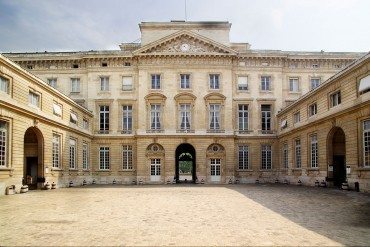 The saga of the capital’s Picasso Museum – with its renovation works, and... 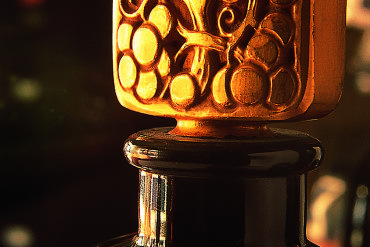